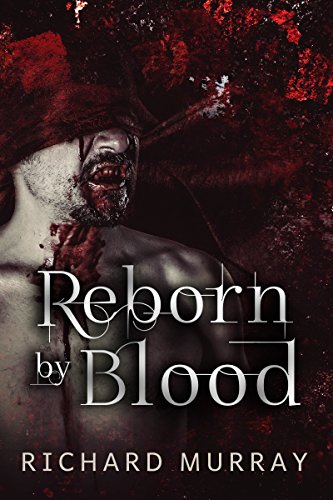 Waking up with a hangover means it's going to be a bad day. Waking up to find a stranger in your house who informs you that you're now a vampire makes it even worse...

It doesn't take Ray long to realise he's surrounded by vicious enemies. In thrall to his Sire, he's compelled to commit acts he could never have conceived of mere days before. It's only thanks to his best friend, Beth, that he has any shot at surviving. Together they navigate the supernatural society he's been thrust into but, as the tasks he's given increase in both complexity and danger, it'll be a miracle if Ray makes it to the end of the week.

The first book in the Reborn by Blood series.
This story contains violence, swearing and is for mature audiences only.

When I was very young, I can vividly recall staring with fascination at the picture on the cover of a book my father was reading. I asked him what the book was about and he looked at me before saying "If you want to know what it's about, then read it." So I did.

That was the start of my fascination with books. While friends would be out playing football, I would be inside reading. I had discovered a rich and varied realm of imagination.

Since that very first book I have rarely stopped reading for pleasure, yet as I grew older I realised that I wanted to share my own worlds, my own imagined adventures. I wanted to write my own stories.

Which brings me to the present and my very first book, hopefully the first of many. I have always preferred Science Fiction, Fantasy and Horror and I intend to take a look at these genres and more while I find my feet and learn more of the art of writing and telling a good story.

I live in England with my youngest daughter and a vicious beast of a cat that my children lovingly call "Squeak."