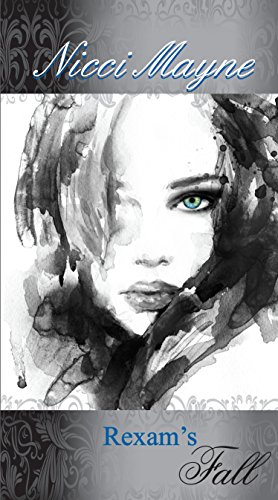 A tale of sweet surrender.

As far as Adam Liam Broughton- the 10th Marquis of Rexam- was concerned, women cannot be trusted with a man's heart. Therefore, it was not surprising that when a fellow Peer of the Realm changed the stakes of a card game to include his daughter, Rexam did not flinch. One woman was as good as another to beget an heir and he would find a way to spend as little time as possible in his future wife's company.

Fallen, the future Marchioness of Rexam, had taken years of her father's abuse and was relieved to be free of his oppressive care. After all, her new husband could hardly be crueller. He was handsome, wealthy, titled and he would hardly seek the frequent company of a wife who was 'plainer than rustic bread and as dull as dishwater'. Quite frankly, Fallen looked forward to peaceful days without a man's vicious complaints.

Only, Fallen was neither plain nor dull and Rexam was hardly immune to an innocent woman's sweet charms...

Nicci Mayne is an avid romantic who thrives on the courage of her book characters as they overcome adversity. Nicci works full time as a social worker, and is unfailingly inspired by the strength and generosity of spirit of the people of England.

Nicci was born in the iconic city of Cape Town, and lived in a proudly loud and vocal family of five for 17 short years before moving away to attend university in Port Elizabeth.

Nicci qualified as a social worker in South Africa and went on to complete an honours degree in psychology, before moving home to a little English village in Derbyshire. She continues to live in the Midlands with her obstinate husband, two equally opinionated children and moody canines - all of who do their best to tolerate her sweet temperament. She adores her family. They are the ink in the pen that completes her life’s ‘Full Circle’.