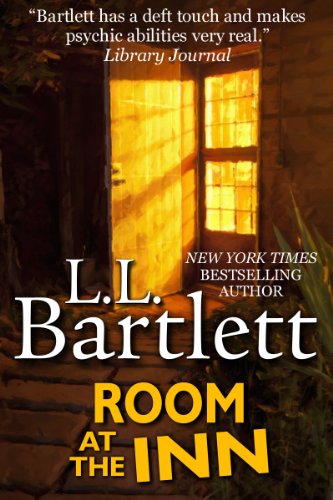 Room At The Inn (The Jeff Resnick Mysteries Book 3)

Jeff Resnick is definitely out of his element when he and Maggie take a working vacation at a quaint Vermont inn. For most people, the chance to spend time with a beautiful woman in a romantic, isolated setting would be a plus, but the moment Jeff crosses the Sugar Maple Inn's threshold, his sixth sense warns him that someone is about to meet a violent death.

His anxiety intensifies when he travels on one of the local roads and he is nearly overwhelmed by feelings of impending doom. Ultimately, Jeff can only find respite in his brother Richard's presence and it is only after one of the inn's guests is murdered that Richard reluctantly becomes a third wheel on Jeff and Maggie's trip. With their own lives at stake, Jeff, Maggie, and Richard must use all their wits and skill to bring a ruthless killer to justice. And if they don't, one of them might just become the next victim.

The Jeff Resnick Mysteries:
Murder On The Mind
Dead In Red
Room At The Inn
Cheated By Death
Bound By Suggestion
Dark Waters