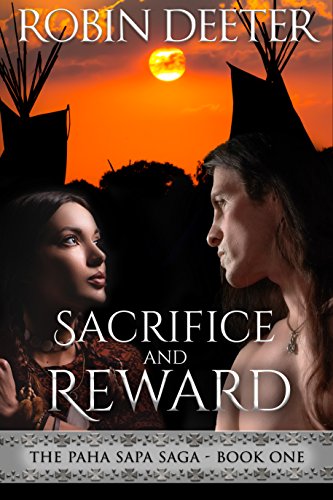 Which will be the victor: hatred or love?

Mid-18th century North America is a hotbed of unrest between many Native American tribes, who are feuding over territory. By this time, most of the Kiowa bands have been pushed west by the Lakota, who are on the move southward from the Great Lakes region. These invaders from the north want the game-rich, lush pasture lands of the territory for themselves.

However, one small Kiowa band is determined to remain in their early homelands in the region of what will be one day known as eastern South Dakota. These two enemy tribes are brought face-to-face through the vision of a young Kiowa medicine man.

Sky Dancer, a beautiful, Kiowa widow, and proud Lakota warrior, Dark Horse, are forced to marry in order to create an alliance between their peoples. Right from the beginning they clash in a test of wills, loathing each other on sight, making a happy marriage seem out of the question.

Will the sacrifice that is asked of them save their tribes? Can these two enemies overcome their initial hatred to find love in unlikely place or will distrust keep them from the reward they both crave?

Robin is a native of Bloomsburg, Pennsylvania. She attended Full Sail University, where she honed her craft. She enjoys writing Western Historical novels, but has plans to also write some contemporary books as well. She's an avid Pittsburgh Steelers fan and enjoys singing and performing in theatrical endeavors when she's not writing.

Robin grew up hearing the stories of the mighty Susquehannock Indians whose territory included almost all of the Susquehanna River, which flows through Bloomsburg. This is where her love and respect of Native American culture began and what inspired her to write books that contain Native American characters. She performs extensive research so that her books are as accurate as possible.

Sign up to receive email alerts about her new releases, contests, and special treats at robindeeter.com. You can also connect with Robin on Facebook, Twitter, and Pinterest. She thanks all of her readers for their support and always appreciates reviews.