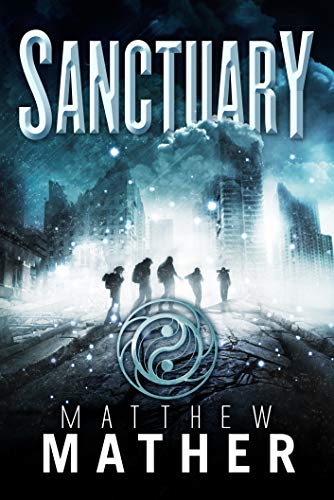 A new world arises from the ashes of the old...
But the fight for survival has only begun.

In the Day of the Nomad, oceans flooded the continents, the earth split open and poured darkness into the skies. A mass extinction event as the Earth hadn't witnessed in more than two hundred and fifty million years, the planet flung into a radical new orbit around the Sun.

Jessica Rollins survived, hidden away in a mountaintop in Italy, and has made radio contact with other survivor groups scattered around the wrecked globe--but the destruction is only just beginning.

The key to humanity's survival may lie in a backpack she recovered from her father, in the data he collected more than thirty years before as Harvard's preeminent astrophysicist. Information he died trying to protect.

His final words to her circle around and around in her head...survive, no matter what.

But at what cost? And what is...Sanctuary?