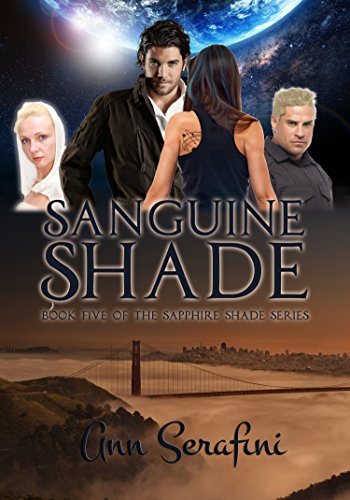 Earth's population has been decimated after an outbreak of the most virulent virus in the history of the world. In America, the remaining survivors have fallen under the control of the merciless Green Army, a powerful force of super-soldiers under the command of their ruthless and corrupt General, Jason Swann. With orders to round up America's survivors under the guise of a quarantine, the soldiers also have orders to be on the lookout for one woman in particular - and to kill her on sight.

The man she loves can't remember who she is and her closest ally has disappeared, but Asiah Torricelli refuses to lose hope. Hiding out in a remote mountain town in Tennessee with her small group of survivors, Asiah has all but given up on ever seeing Chase again. After months of searching in vain, she finally stumbles upon a clue to his location, only to find that she must risk her life and those of her friends to infiltrate a GA stronghold in order to rescue him.

But rescuing Chase is only the beginning. As the Green Army swarms across the country, recruiting new soldiers by the thousands, Asiah and her friends must join forces with another group of survivors led by a cynical ex-Marine named Kane, who harbors a festering hatred for the government that created the soldiers and started the epidemic that killed his family. He confesses to Asiah that his mission is to eliminate anyone involved in the virus' release, no matter who it is. Worried that Kane may discover her role in the epidemic or that her pregnant sister might have another miscarriage, Asiah doesn't have time to figure out why she and Chase can no longer touch each other without feeling an intense jolt of pain, or why her Ikhälean mother has suddenly appeared in the midst of her chaotic life as she attempts to move her people to a safe haven.

Asiah faces her greatest challenge yet in this penultimate chapter of the acclaimed Sapphire Shade Series.