Scott is generally mild mannered, but sometimes finds himself swearing at inanimate objects when they fail to behave as they are supposed to. He received a Bachelor’s Degree in Biology from Idaho State University. He is an avid reader of all of the subgenres of speculative fiction, as well as mysteries, histories and other nonfiction. Over the years he has developed a love of writing for the fun of it. As an adult he rediscovered his fondness for acting. He enjoys performing in his local theatre companies and even occasionally writes plays for them. He currently works as a cartographer for the county which forces him to be a part time historian because maps tell stories and are themselves based on stories. Scott lives with his wife on the Oregon Coast. 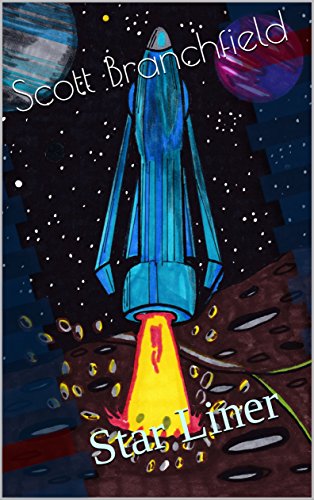 A journey into space. The perfect companion during your earthly travels. Enter the world of space travelers and their mundane jobs. Unravel the mystery aboard the ship. Sink your teeth into this item born of the author's science fiction expertise.