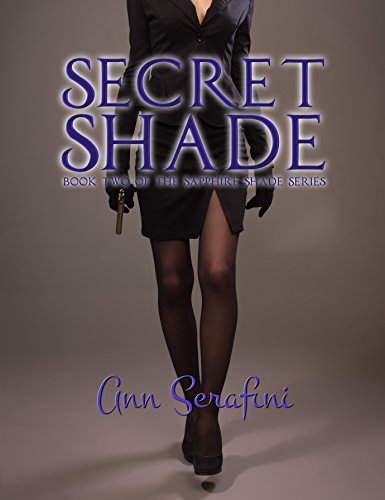 In the first installment of the Sapphire Shade Series, Asiah O'Connor's life was torn apart by tragedy. Now, after losing almost everyone she's ever loved, she and her twin sister, Meri, sequester themselves on a tiny, distant planet called Ocea as she was instructed to do by her former mentor, Chase Brandon. Honing her newfound abilities and exploring the wonders of the strange planet, Asiah builds a wall around her broken heart, vowing never to fall in love again.

Seventy years later and knowing she can only complete her delicate mission by positioning herself close to those in power in the world, Asiah has returned to Earth and completed sufficient education to secure herself a government job in espionage. On one of her first overseas missions, Asiah is forced to reveal her powers to one of her teammates, a handsome agent named Benjamin Torricelli.

A former Navy SEAL fresh out of a four-year relationship, Ben can't quite wrap his mind around the things Asiah can do. All he knows is that he's falling for her dangerous beauty in a bad way.

When the government gets ahold of Asiah's secrets, Ben must choose between the country he's defended since he was 18 and the woman who's stolen his heart.