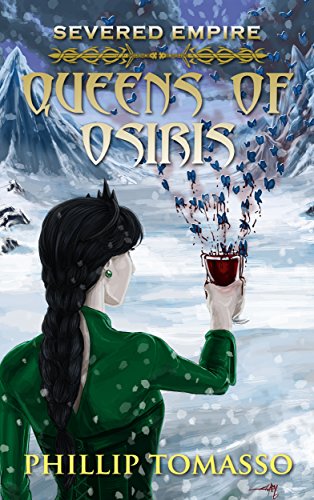 TWO YEARS AFTER THE WAR HAS ENDED

Since the demise of the Mountain King, Hermon Cordillera's daughters have stepped up and share the throne as queens of the Osiris Realm. But when women go missing from the kingdom they are unable to find whoever is responsible for the growing number of abductions…

Mykal, the young wizard, continues honing his magical skills with his mother, and his tactical training with Blodwyn, his oldest friend. Living in secret within the ancient library ruins, they are surprised when a young woman shows up asking them for help.

Mykal and Blodwyn return to Cordillera's castle, this time as allies. Tasked with unraveling the mystery, they soon realize there isn't much evidence pointing in any direction. They are ill prepared for the untold dangers that await them. It will come down to more than Mykal's magic if they hope to survive, and if they want to resolve the case of Osiris' abducted people.