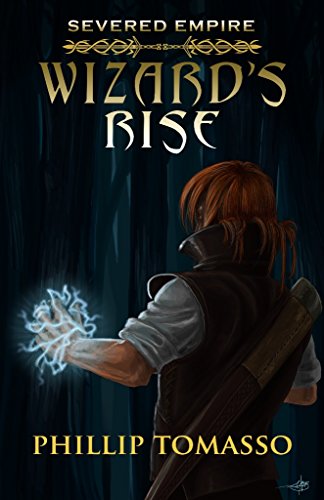 A war is coming. There is no way to prevent it. The only thing for certain is that there will be one loser… and one winner.

For over two hundred years the Rye Empire enforced drastic measures outlawing the use of magic. To avoid capture a handful of remaining Wizards escaped royal persecution and made it into hiding. Shortly after the decree the empire crumbled, but the laws remained in place…

The Mountain King's ambitions of becoming the next Emperor will be realized. With forced help from an enslaved sorceress, he will stop at nothing until he achieves his dreams. The easiest path to victory can be obtained by retrieving buried talismans. With those enchanted items in his possession he can summon the Wizards, steal, and harness their power.

In an effort to save the Old Empire from a growing, sinister magic, seventeen-year-old farmboy Mykal and five friends begin a desperate journey. They must collect the talismans before the Mountain King. Their trek will force Mykal to face fears, and accept truths he'd never known existed. There isn't much time. A war is coming. Their chances of winning will depend on whether they succeed or not. If they fail, a terrible darkness will steal the light from the Grey Ashland Realm… forever.