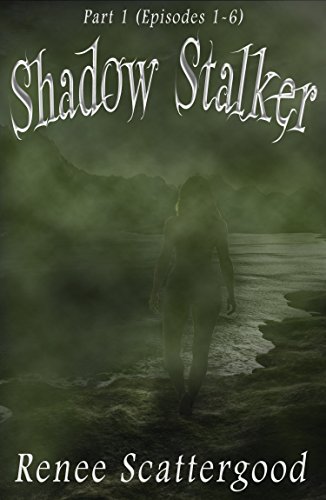 "This is the first time I've read a serial and I didn't know what to expect. I was pulled into the story right away. The pacing was cleverly crafted so that while the action had the pages turning, there was enough back story to keep you rooted in the plot."
~ Melissa Barker-Simpson, Author of theMorgan and Fairchild Series

"One of the best things about the series are the characters, who are human and sympathetic. The heroine is both a tough, capable young woman, and a naive and self-centered teenager; the tension between the two sides of her personality as she is suddenly forced to leave childhood behind and enter into adulthood is often well-captured, as is her ambivalent relationship with her foster father."
~ E.P. Clark, Author ofThe Zemnian Trilogy

The Hidden Truth (Episode 1)
A young shadow stalker is destined to enslave the people of the Serpent Isles, and the Galvadi Empire want this child of prophecy dead. Auren Trasks perfectly normal life is disrupted when the Galvadi invade, and she learns a startling secret about her past. A secret that will change her life forever.

The Delohi-Saqu's Fate (Episode 2)
Auren is being targeted by the Council of Elders, and the only one who could put an end to their corruption is her father. But leaving the Dark Isle would turn Kado against her.

Shadows' Betrayal (Episode 3)
After seeing the monster she will become, Auren swears not to leave the Dark Isle. Despite that, the elders are conspiring against her. To escape their scheming, she and Kado decide to explore the Dark Isle. But worse things await them in the forests.

Forbidden Love (Episode 4)
Kado and Auren survive a deadly storm, but when Auren is forbidden from pursuing love with another young shadow stalker, will it be enough to drive a wedge between her and her foster father?

Destiny Reconciled Part 1 (Episode 5)
Auren and Kado accept that they may not be able to avoid her leaving the Dark Isle. Now they have to prepare for that eventuality. Will the training be more than Auren can handle?

Destiny Reconciled Part 2 (Episode 6)
Cathnor has been arrested and is facing a death sentence. The Dark Isle is out of control, and Kado is the only one who can help his people. So he prepares Auren for the possibility that she may have to leave the Dark Isle without him and face her destiny alone, but can she leave him and do what must be done?

Renee Scattergood lives in Australia with her husband, Nathan, and daughter, Taiya. She has always been a fan of fantasy and was inspired to become a story-teller by George Lucas, but didn't start considering writing down her stories until she reached her late twenties. Now she enjoys writing dark fantasy, and she’d dabbling with paranormal thrillers under a pen name.

She is currently publishing her monthly Shadow Stalker serial, and she has published a prequel novella to the series called, Demon Hunt. She is also working on a new series of novels, A God's Deception.

Aside from writing, she loves reading (fantasy, of course), watching movies with her family, and doing crafts and science experiments with her homeschooled daughter. Visit her site for more information and a free copy of Shadow Stalker Part 1 (Episodes 1 – 6): http://reneescattergood.com