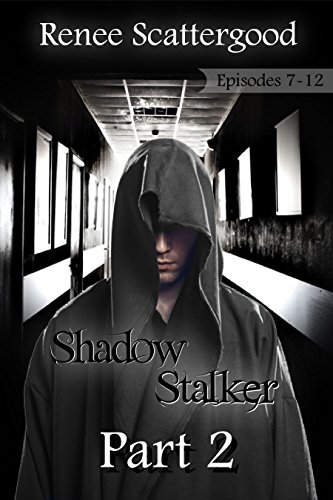 "...Another great installment from Renee Scattergood! Absolutely loved it, it has some serious action from the foster parents that was not in the first installment. Keep it up!"
~ Tonya Thomas

"...Ms. Scattergood has outdone herself...The emotion and detail that she puts into every page is amazing. I found myself rushing to pick up the book to continue reading..."
~ Tabitha Barret, Author ofThe Third Throne Series

Episode 7: Bound by Fate
Auren's best friend was captured during the Galvadi invasion, and her rescue attempt goes awry. Now Auren finds herself in the hands of an enemy who knows her true identity…one who has the power to be either her destroyer or her salvation.

Episode 8: Broken
Auren doesn't succumb to Makari's torture, so he decides his father was right about her being the delohi-saqu. Now he resorts to more sadistic methods to extract information, which could doom the Coalition if Auren fails to resist.

Episode 9: Turning Tides
Now that Makari knows the truth about Auren, he has sworn to protect her and help her escape. But when the other guides become suspicious, Makari's loyalty is tested, and he is forced to do something he swore he'd never do again.

Episode 10: Separate Paths
Auren finally meets Shai, Kado's daughter, but she is too weak from her months of torture to escape the reconciliation center. Makari takes over Shai's cleansing sessions, but that means Auren will face daily torture again. To make things worse, Makari disappears and Auren is given a task that means taking the life of someone she loves.

Episode 11: Escape Part 1
Auren and Shai begin their escape, but it doesn't go as planned, and they are forced to adjust their plans. They are pushed to their limits, and Auren has to put her untried abilities to use or risk being recaptured.

Episode 12: Escape Part 2
Makari has decided to stay with the Galvadi for Auren's protection. Auren and Shai are on their own, and nature seems to be against them. After being seriously injured, Auren falls ill and it starts to look like they will never reach their meeting spot with Kado on the southern shore.

Renee Scattergood lives in Australia with her husband, Nathan, and daughter, Taiya. She has always been a fan of fantasy and was inspired to become a story-teller by George Lucas, but didn't start considering writing down her stories until she reached her late twenties. Now she enjoys writing dark fantasy, and she’d dabbling with paranormal thrillers under a pen name.

She is currently publishing her monthly Shadow Stalker serial, and she has published a prequel novella to the series called, Demon Hunt. She is also working on a new series of novels, A God's Deception.

Aside from writing, she loves reading (fantasy, of course), watching movies with her family, and doing crafts and science experiments with her homeschooled daughter. Visit her site for more information and a free copy of Shadow Stalker Part 1 (Episodes 1 – 6): http://reneescattergood.com