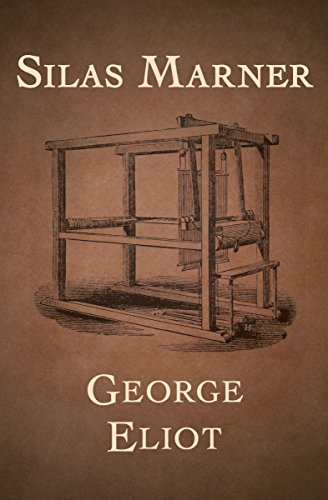 Silas Marner is a skilled weaver working long hours in London for a Calvinist sect that does not appreciate him. When the congregation's funds are stolen, Silas is framed for the theft and excommunicated. Presumed guilty, abandoned by the love of his life, evicted from his modest home, and humiliated by the men he called his brothers, Silas wanders north to a small village in England's bucolic countryside. Forsaking contact with humanity, he throws himself into his work, caring for little other than the constant movement of his hands and the stack of money he is slowly amassing. But fate sees it fit that Silas should lose his newfound wealth and gain the companionship of a young orphan, an experience that proves more valuable than any currency.

This ebook has been professionally proofread to ensure accuracy and readability on all devices.

"I think Silas Marner holds a higher place than any of the author's works. It is more nearly a masterpiece; it has more of that simple, rounded, consummate aspect which marks a classical work." -Henry James

She used a male pen name, she said, to ensure her works would be taken seriously. Female authors were published under their own names during Eliot's life, but she wanted to escape the stereotype of women only writing lighthearted romances. She also wished to have her fiction judged separately from her already extensive and widely known work as an editor and critic. An additional factor in her use of a pen name may have been a desire to shield her private life from public scrutiny and to prevent scandals attending her relationship with the married George Henry Lewes, with whom she lived for over 20 years.

Her 1872 work Middlemarch has been described by Martin Amis and Julian Barnes as the greatest novel in the English language.