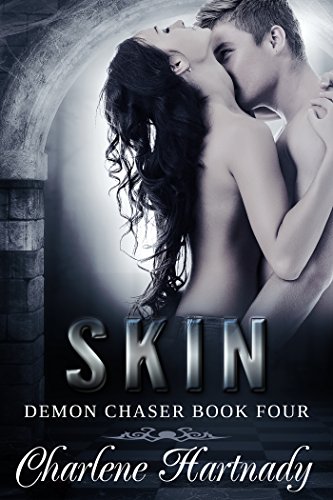 Although this book can be read as a standalone, it would be best enjoyed as a part of the series.(Adult Content)
Demon Chasers… Protectors of humanity. Sworn to uphold the peace. Oath bound to keep the existence of demons a secret.

Demon Chaser Gaby has lost her demon. It's left her vulnerable and afraid. Thankfully, a delectable demon wolf is there to save her.
After an all-night marathon of sizzling hot sex, Phoenix can't seem to get Gaby out of his mind even though they'd agreed the encounter would be a once-only-no-strings deal.
Four long months later, he decides to go after her. Little does he know he's in for the biggest surprise of his life… one that will change him forever…

Seeing Phoenix again is the last thing that Gaby expects. Given the circumstances and the annoying fact that she can't get him out of her head, maybe the big wolf coming back into her life isn't the worst thing that could've happened. So much has changed. Will Phoenix be able to handle her once her very bad demon comes back? Especially considering demon wolves are puppies in comparison to skins...