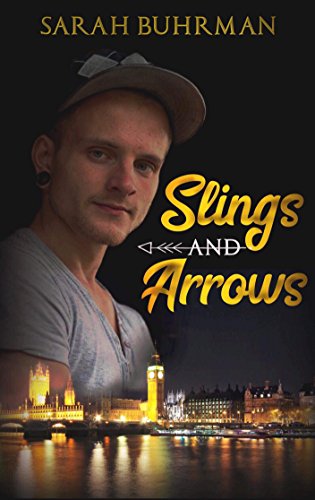 Hound Dog crosses the pond to help out a former Indie street punk turned SHARP escape the clutches of a neo-Nazi gang. Detective Ames, newly promoted to Sergeant and in charge of a brand new division, is in London for an international training seminar. Their paths cross when Det. Ames' liaison gets caught up in a shoot out with the neo-Nazis... only the neo-Nazis aren't using guns.
Have the neo-Nazi's been reviving the occultish practices of Hitler's troops? Can Hound Dog and Det Ames figure it out before more innocent by-standers are killed?

Sarah is an AuthorGoddess, one who embraces the divine honor of creating worlds with words in the hope of inspiring others. Sarah has been writing for more than 20 years. She lives in a magical land with two monsters (the kids), an ogre (the hubby), and whatever drama-llama is coming to visit this week. Sarah is the author of Too Wyrd and Fluffy Bunny, books 1 & 2 of the Runespells series. She has short stories and essays in several anthologies, including Whispers of Hope, A Twist of Fate: A Collection of 11 Twisted Fairy Tales, London Calling: A Quill&Ink Anthology, and Chasing Fireflies: A Summer Romance Anthology.