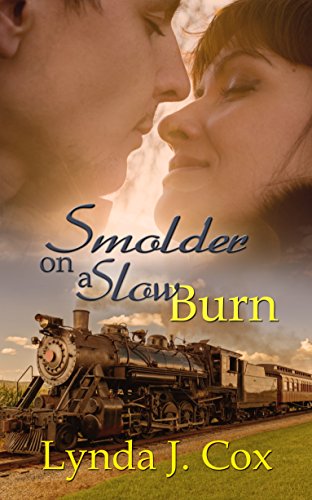 Smolder on a Slow Burn

Allison Webster dreams of having an adventure like the characters in the books she loves. But there is no romance in being pursued by a man who wants her dead for educating the children of former slaves. Unlike the heroines she reads about she doesn't have a trusty companion to rescue her...until she literally runs into A.J. Adams, a former Confederate cavalry officer. Now, she just has to convince A.J. he really is the honorable man and hero depicted in the dime novel she is reading.

Branded a "traitor" for more than ten years, scarred by harsh treatment in an inhumane prisoner of war camp, A.J. Adams wants revenge. Allison Webster's arrival into his life provides the bait to destroy the men who murdered his wife and daughters and kidnapped his little brother. The men pursuing Allison are the very same men he has sworn to kill. Falling in love and admitting he might actually be a hero means surrendering his need for vengeance. Surrender is not part of A.J.'s battle strategy.

Lynda J Cox is an award winning western historical romance author. She writes perfectly imperfect characters while remaining authentic to the time period--so much so she leaves her readers with a book hangover. Three separate books have been RONE nominees, while one was a finalist and the runner-up in the highly contested Victorian/Western category. Two of her books have won the Raven Award.