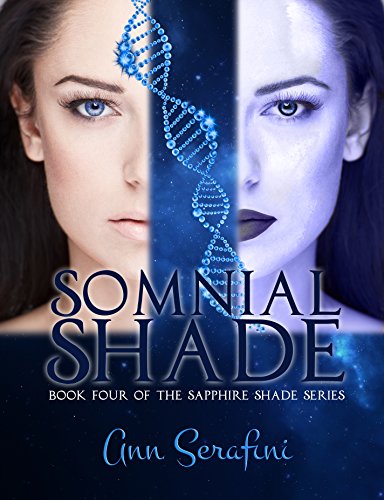 Somnial: adjective ˈsämnēəl Of or pertaining to sleep or dreams.

Asiah Torricelli has spent the last year of her life trying to forget her past. She abandoned the love of her life, Chase, and watched as the business she built up from the ground crumbled. Looking for a new start, Asiah now lives in Atlanta, working as a detective for the Atlanta Police Department. Without Chase to distract her, she is content with her new job and her new boyfriend, Avery. Until a violent nightmare shatters her reality…

Blood, people running for their lives, and at the center of it all, Raven, the Ikhälean consciousness that now inhabits Asiah's mind. Terrified, Asiah thrusts the nightmare aside, refusing to lend credence to its dark omen.

Haunted by her negligence to complete her mission since returning to Earth nearly a decade earlier, Asiah hardly knows where to begin. With a fast-approaching deadline to save the world, she must learn to think like the Ikhälea, or witness the end of mankind forever.