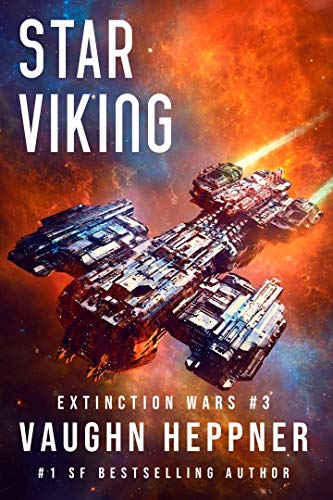 In the third book of the Extinction Wars series, the Emperor of the Lokhars declares a holy crusade against the last humans, promising to finish what he started. Years ago at his orders, the Lokhars nuked the Earth and sprayed it with a bio-terminator.

Creed has begun raiding alien worlds for more starships and the tech needed to clean the radioactive Earth. But how can his handful of cruisers stop the approaching armada?

If Creed hopes to save humanity, he'll need to unlock the secrets of the Forerunner artifact he brought back from hyperspace. Then, in a race against time, he'll have to risk everything on a desperate raid into the heart of the alien empire.

STAR VIKING is the third book in the Extinction Wars series.