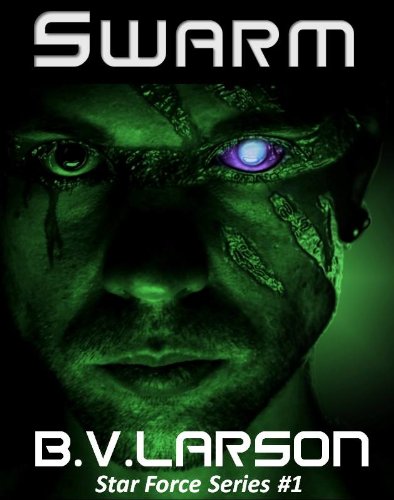 Kyle Riggs is snatched by an alien spacecraft sometime after midnight. The ship is testing everyone it catches and murdering the weak. The good news is that Kyle keeps passing tests and staying alive. The bad news is the aliens who sent this ship are the nicest ones out there....

SWARM is the story of Earth's annexation by an alien empire. Long considered a primitive people on a backwater planet, humanity finds itself in the middle of a war, and faced with extinction. SWARM is an 88,000 word novel of science fiction by award-winning author B. V. Larson.

This book is the first book in the STAR FORCE Series.

B. V. Larson is the author of more than fifty books with over two million copies sold. His fiction regularly tops the bestseller charts. He writes in several genres, but most of his work is Science Fiction. Many of his titles have been professionally produced as audiobooks and print as well as ebook form. Eight of them have been translated into other languages and distributed by major publishers in foreign countries. He writes college textbooks in addition to fiction, and his three-book series on computer science is currently in its sixth edition.