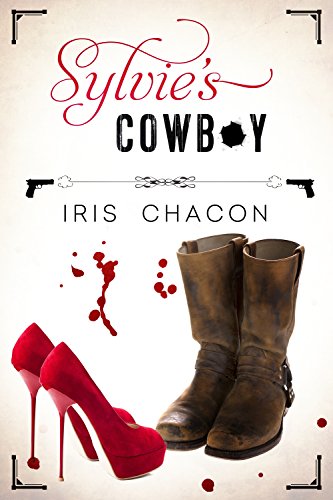 Is it against the law to kill somebody who is, technically, already dead? Because Sylvie Pace wanted to dig up dear old (late) Dad and throttle him personally. It was his fault Sylvie got stuck in a business (thank heaven, not personal) relationship with The Abominable Cowboy.
Before Daddy kicked the bucket-by blowing up with his yacht-he had spent his life the way a father should: making lots of money and spending it on his only daughter. People said Harry Pace had spoiled Sylvie, especially in the years since her mother passed away, but Sylvie did not consider herself "spoiled." "Spoiled" would be someone who was used to having everything their own way, not having to really work for anything, and not caring about other people's feelings. Sylvie cared about other people's feelings. She was unfailingly nice to everybody. Spoiled people weren't nice, were they?
Anyway, Sylvie didn't feel "nice" toward Sir Dad the Dead. Her life was ruined. Somebody should pay for that, and since Daddy always paid for everything, he should suffer. Though he probably wouldn't suffer much, him being a corpse and all.
How was Sylvie's life ruined? Last week Sylvie had a penthouse apartment on Miami Beach, a red Ferrari, a supermodel's wardrobe, jewels out the wazoo, and friends in the Palm Beach Polo Club set. The next week she had the clothes in her closet, the jewels not sold to pay Harry's debts, a "classic" Volkswagen Beetle, and a raggedy ranch in Nowhereville-of which she could claim only half. The other half belonged to Abominable.
Abominable, whose real name was Walter McGurk, co-owned the ranch with Sylvie's late father. Walt and Harry had a history, the details of which remained a secret. The ranch seemed to be the only asset of Harry's which had not been mismanaged, leveraged, lost, or stolen-probably because it was hidden so far back in the Florida swamps that everyone forgot about it. So Sylvie's entire inheritance was what she could fit into her (using the word loosely) "car" and what she shared with Walt McGurk, cowboy.
Is it true that opposites attract? She's Palm Beach, he's Podunk Holler. She's haute couture, he's old jeans, sweaty tee-shirts, and stinky boots. She's Italian sports cars, he's American-made pickup trucks. She's determined to find a way back to her old way of life, he's only trying to make a living. He calls her Harry's Princess. She has labeled him T.A.C. (see above). He says she's unemployed, she says she's "at leisure." His girlfriend runs Clarice's Beauty World in Clewiston. She's dating a real-estate tycoon with homes in Miami and Palm Beach.
Walt was as unhappy as Sylvie about their new living and working arrangements. It was bad enough that he must share his house and his ranch with the Pouty Prissy Princess of Palm Beach, but he also had to listen to her complaints and endure her insults. She was pretty, okay, but that didn't make up for all the aggravation she caused. She knew her way around high society, sure, but around a real house without servants or a concierge, she didn't know how to do anything. Some of her mistakes around the house-especially the ones involving electricity-had nearly killed him.

Believer in divine providence, salvation by grace, positive attitude, mind over matter, the benefits of regular exercise, coffee with caffeine, the anti-depressant effects of chocolate.

Ethnicity:  My ancestors came over on a boat, about three hundred years ago; currently part of a rainbow family - everything from Irish to Chinese to Maya Indian. Diversity is the beauty of humanity and the essence of heaven.

Not against dog people or cat people, but I'm more of a bunny person or horse person.

Born, raised, and residing in Florida, with friends all over the world.