Taffey Tawanna Champion is a small-town girl, born and raised in Greensboro, GA, educated at GTCHS in Greensboro, GA and further educated at Elon College which eventually became Elon University. This is the university where she obtained a Bachelor of Arts degree in Psychology. She excelled in writing as a young child; even earned merits and won awards for writing ability, including a “Passport to Excellence Award" plaque for Best Essay. Reading and writing also were Taffey’s first loves before drama and music, which of course, came after.

Before, during and after college, Taffey became a world traveler, even electing to live in London, England for one semester whilst studying at Elon University. She traveled several times to Paris, France at this time. Taffey also met and encountered celebrities in London, England which served to make her experiences even more special. Added to her world traveler status, she lived in South Korea for a short interval. This experience, including her fascination with various Kung-Fu techniques and martial arts films aided in her ability to create The Mystery Arts in The Mystery Alliance: Evian’s Saga.

She also worked in Marina, CA as an Americorps VISTA for MCHOME (a division of Interim, Inc.) under the Coalition of Homeless Services Providers. During this time, she became acquainted with the various artists of Breakthrough H’ART (a program synonymous with MCHOME) and also with noted Austrian Artist/Painter, Hans Kindel. It was here, under the tutelage of Hans Kindel and Bill Donnelly that she discovered her talent for Abstract/Impressionist Art. This is where the cover (Paradise Underwater) of her E-book originated.

THE MYSTERY ALLIANCE: EVIAN’S SAGA was created initially as a copyrighted action/adventure screenplay, however, Taffey decided to adapt it into an E-book: the first in a series of E-Books actually. THE MYSTERY ALLIANCE: EVIAN’S SAGA is available for sale at www.Smashwords.com, Amazon.com, and will be distributed via Smashwords to many online retailers. This E-book is also made available for Libraries to obtain. 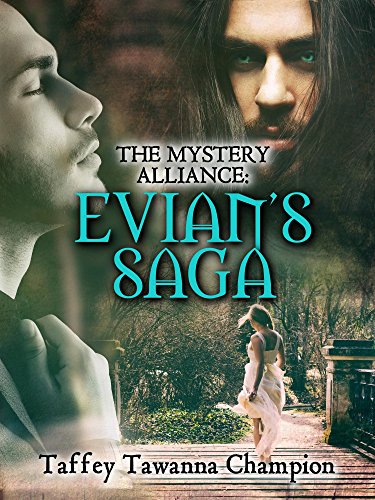 An unsuspecting young man meets a mysterious beauty through a bizarre encounter in Paris, France. After speaking with her, he agrees to live among a secret society of persons called Mystics. Here, he learns about their secret alliance and their mastery of a spectacular self-defense technique: The Mystery Arts. Soon, Evian discovers that there is no turning back from the path he has chosen.