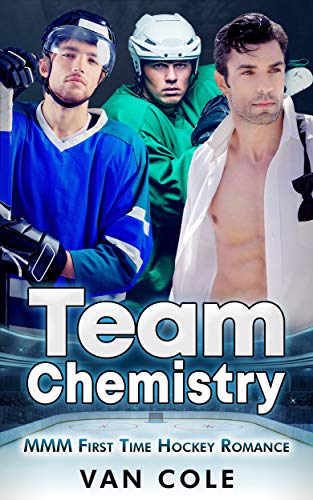 Harvey Price is the best player in the league but he's playing for the wrong team.

He's known as hockey's playboy. Every time he goes into a bar, he finds someone new to flirt with. That is until he meets Jay Collins, the new defenseman for his team and his potential replacement.

His usual approach doesn't work on Jay because, well, he's smitten. But Harvey Price can't be gay. He's known for chasing skirts and yet, he cannot deny that Jay is the best-looking thing he's seen in a while.

And then there's the fitness trainer. Oh, he is too.

Will Harvey stick to the straight and narrow?

Or will he go for the handsome young hockey player gunning for his position?

Or maybe work up a sweat with his personal trainer during after-hours?

Whatever his choice, this book is bound to melt right through the ice.