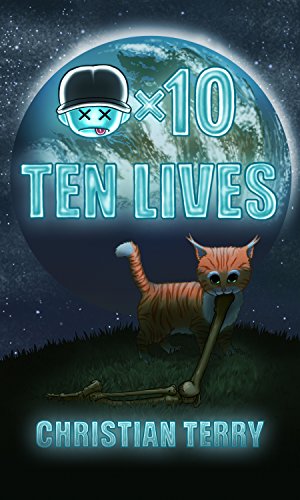 Go to Kelenia, grab the fire emerald then return to Earth rich men. That was the proposition given to Mike Wesley and his brother Louis Scott.
After accepting the quest to hunt down the ancient relic on an alien world from a cryptic stranger, Mike may have gotten more than he bargained for once he awakens with the mark of the hero which grants him the ability to respawn after death, ten times.

Now, between the deadly booby traps and the cuddly yet murderous cat creatures that inhabit the jungles of Kelenia, he'll need each one of his new lives and his wits if he wants to make it back to Atlanta in one piece.

Born on the west side of Atlanta, Georgia, Christian Terry has had always had a love for story telling. Whether it were telling jokes or catching friends up on professional wrestling the night before school, he has always enjoyed captivating an audience. Avid reader, dedicated gamer and Atlanta sports fan, Christian resides in Atlanta with his ever growing family.