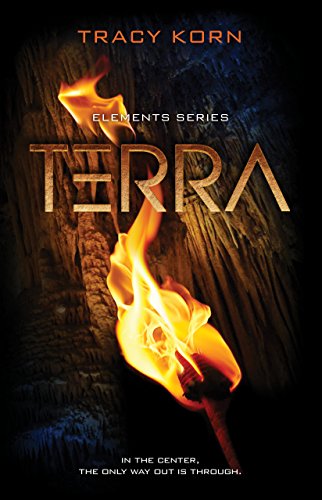 Under Pressure, Under Fire…Some Will Rise, and Some Will Fall.

Getting out of Gaia Sur was almost as hard as getting in, but there’s no going back now. Jazwyn Ripley and her friends have no choice but to venture into the caves and tunnels underneath the ocean floor as the messages they’ve been receiving get stronger. Tensions rise and loyalties are tested when another of their crew is captured along the way, and one critical choice means following unlikely allies down a path most would never dare—across the seven biomes of “The Rush”—which, if they survive, will either lead to freedom or imprison them forever.

It took twelve years of unrelenting dedication and discipline to get into Gaia Sur, where only the best could pursue a legacy beyond the last handful of generations the topside environment would be able to support. The interviews were supposed to tell students who they were…what they were supposed to become, but instead of answers, Jazwyn Ripley only has more questions. How do you start over when all you’ve ever known isn’t what you thought, and the life you’ve been pursuing is no longer possible?

The leaders of Gaia Sur must know that Jazz and her crew escaped the elite school on the seafloor. With only hours to grieve the loss of one friend, and even less time to plan the rescue of yet another, the band must press on toward the messages calling them deeper into the earth.

But as they trek the ever descending tunnels, sidelining visions become more frequent for both Jazz and Liddick, bringing them closer than ever before until Arco unravels a secret that threatens to divide them for good. Not only their resolve, but identity, loyalty, love, and friendship will also stand trial by fire, especially when new friends show the team the scars of what testing their mettle really means in a world miles below the only one they’ve ever known.

Tracy Korn’s years of teaching high school English have taught her that teenagers are superheroes. Their resiliency, drive, and passion inspired the character driven, high action and adventure books in The Elements Series.

When she’s not writing/ reading/ teaching, she coaches FTC robotics and tries to learn everything she can about filmmaking and virtual reality game design. Tracy holds Master’s degrees from Indiana University in Secondary Education, in Language, Culture, and Literacy Education, and in English. She lives in Indiana with her husband and their two very own superheroes. Stay in touch at TracyKorn.com and TheElementsSeries.com.