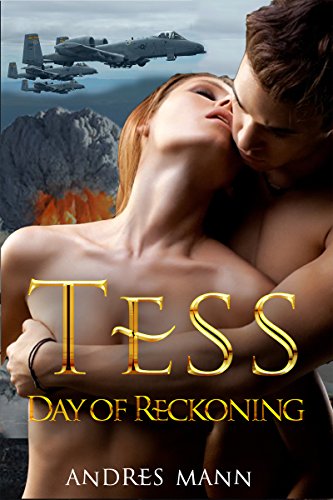 In this epic adventure, Tess and Jake continue to fight terrorists and try to address the overwhelming refugee crisis in Europe. When ISIS terrorists acquire two North Korean nuclear bombs, Tess and the team must change priorities to prevent a worldwide calamity. The stakes are high - the potential obliteration of European cities and possibly the destruction of Israel. The CIA asks Tess and Jake to use their special talents to find the weapons, forcing Tess to deal with her nemesis, the dissolute Laurent Belcour who is still obsessed with her but may know where the bombs are hidden. Personal complications arise when Tess meets a captivating symphony conductor who persuades her to play a piano concert in Moscow and introduces her to the Russian President. Their musical collaboration leads to temptation and turmoil, affecting Tess's relationship with Jake, who has challenges of his own in fending off the stunning and talented Claudine Bisson. Spanning the globe, the frantic search for the missing weapons takes them to Bulgaria, Ukraine, the South China Sea, Syria, Israel, Tehran and Moscow. Racing against the clock, Tess's team must pursue every lead no matter how tenuous and fight a host of enemies in a desperate attempt to ward off nuclear Armageddon.