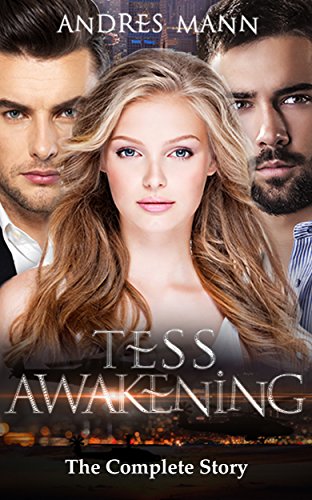 Tess Awakening - The Complete Story combines two previously published novels: Tess Awakening and Tess Valkyrie. Since the second novel is a sequel, the combination provides the full story of Tess's confrontations with the fascinating villain Amir.
Tess and Amir continue to square off in an epic struggle to define their destinies. Aided by Jake, Tess's friend and co-pilot Carmen and their colleagues, Tess must overcome Amir's vicious attacks motivated by his continuing obsession with her. They repeatedly clash in a succession of encounters taking place in Baghdad, Amman, Istanbul, Sorrento and New York. Tess's friend Carmen finally meets her soul mate in Nicola, who helps her overcome the traumas of her youth and becomes a valuable member of their team. The two women respond to their challenges by drawing on their skills as fierce warriors, battling Amir, who not only hurt Tess but plans to take over the Iraqi government. Their struggle leads to a series of violent and bloody battles in the air and on the ground. A heartbreaking loss at the end is redeemed by a final poignant resolution.