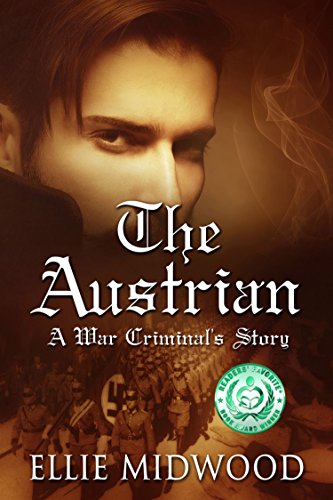 The Austrian: A War Criminal's Story

What is going through the mind of a war criminal, tried by the International Military Tribunal at Nuremberg? Regret for his atrocious actions? Frantic desire to defend himself to the end? Desperate longing to be forgiven by his former enemies or craving of human kindness, even though he knows that he doesn't deserve any… And the strongest of all, the fear to never again see the one, who he risked everything for, the only woman that he still continues to live for.
All this is only the tip of the iceberg in the myriad of emotions for Ernst, former leader of the Austrian SS incarcerated in Nuremberg prison, who already knows what fate awaits him. Day after day he recollects his life, trying to understand where he made that wrong turn that changed his whole life and brought him into service of his new masters, who soon dragged his whole country into the most blood-shedding war in history. With agonizing sincerity he analyzes his past, which made him, a former promising lawyer, into a weapon of mass murder in the hands of his new leaders.
Self-loathing and torturous doubts are plaguing Ernst's mind, which together with unwanted hopes for salvation, terrifying visions of the nearing end, and ghosts from the past turn his incarceration into a never-ending nightmare. And yet, at the very edge of the abyss, he's still clinging to life, because a woman is waiting for him, a woman, whose secret he's still carefully guarding, and the one who he still hopes to see…

The Austrian: A War Criminal's Story by Ellie Midwood opens with a short prologue entitled "Nuremberg prison, October 1946." Ernst Kaltenbrunner, a former leader of the Austrian SS, has been tried by the International Military Tribunal and sentenced to hang. He is preparing to meet his death, ten minutes ahead, with dignity. The chapters that follow recount the events that led to his trial and the verdict. The author has based this novel not only on actual historical events, but has fictionalized many of the main characters who lived and fought for the Third Reich, such as Ernst Kaltenbrunner himself, Martin Bormann, Adolph Hitler's private secretary, and Heinrich Muller, the Chief of the Gestapo.

Ellie Midwood's historical novel, The Austrian: A War Criminal's Story, has a prologue that features the last ten minutes of Ernst Kaltenbrunner's life. It seemed an unlikely start to the story, but the drama had me gripped instantly. The secret lies in the sixteen chapters being sub-divided into sections, each with the place and date stated. This makes it incredibly easy to follow a book written almost entirely in flashbacks. Some of them are set in the years immediately prior to WW2; others recount Ernst's earliest childhood memories, including the departure of his father to fight in WW1. Still more show him growing to adulthood and his love life, his first interest being a girl with golden hair who is actually a Jewess. Well-written and researched, the whole book is vivid and intriguing. I recommend it to anyone, whether or not they have a special interest in war stories.