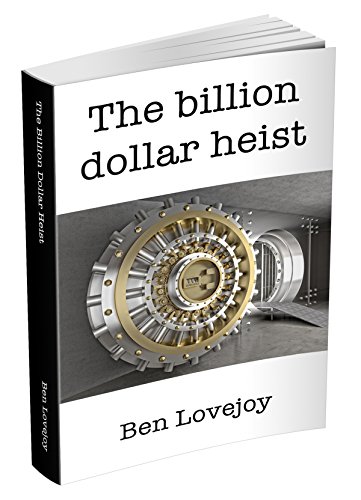 A technothriller in the Michael Crichton and Tom Clancy vein.

A billion dollars in crisp, newly-printed bills - the sum transferred daily from the Bureau of Engraving and Print in the run-up to the launch of a new bill design.

The BEP vault is the most secure in the world. No human being ever enters it: not even the President of the USA could gain access. Only pre-programmed robot vehicles pass through the 22-ton, 10-feet thick blast-proof door. The array of technology needed to unlock that door is utterly unparalleled.

The transfer operation involves the most heavily- armed convoy ever seen, from M2 Bradleys on the ground to Apache attack helicopters and F-16 fighter jets overhead. Twelve squads of Marines provide close-order protection.

Sullivan and her entirely unarmed team plan to steal the cash. All of it.

Pritchard and Daniels are the Secret Service agents tasked with reviewing security arrangements to ensure that such a theft is utterly impossible.

Only one team can succeed.

Note: The author is British, and the novel is written in British English. Americans can expect to see some unfamiliar spellings.

Ben Lovejoy is a British tech writer and author. He has written two techothrillers – 11/9 and The Billion Dollar Heist – and a non-fiction travel guide, The Gentle Art of Travel. He has a romcom due out in the summer, and is currently working on a series of SF novellas. You can join his occasional mailing-list at www.benlovejoyauthor.com to be among the first to know about new books, and to get access to special launch pricing.