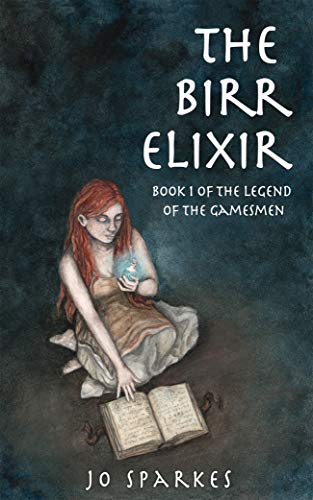 The Birr Elixir: A Fantasy Tale of Heroes, Princes, and an Apprentice's Magic Potion (The Legend of the Gamesmen Book 1)

"WINNER OF SILVER IPPY ∞ BRAG MEDALLION"
When a young apprentice makes a mysterious elixir from a recipe in an old book, she's suddenly the talisman for a daring Gamesman - and the weapon in the conspiracy against a prince.

Marra never heard of Birr Elixir. But when Drail sees the potion in her dead mistress's book, she agrees to make it. Even lacking the right ingredient.

And after drinking it, Drail and his men defeat a Skullan team - something no one has ever done before. Marra is offered a place as his traveling potions mistress. Full of doubts of her own ability, she takes the chance to escape her slave-like existence.

Then her potions woke a man who was not supposed to wake.

Now every day draws more attention from the True Masters. And their motives - and morals - are not for the faint of heart.

If they discover the truth …

"The Birr Elixir keeps readers hooked. … proves to be an outstanding author with this light-hearted fantasy tale. She makes creating a believable, likeable world look easy … for a fun story with an imaginative world and an exciting sport, look no further than Jo Sparkes' book The Birr Elixir. " - Andrew Keyser, Portland Book Review