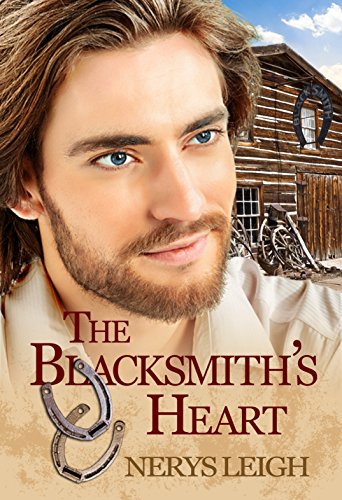 The Blacksmith's Heart (Back to the West Book 1)

Can true love strike twice in a lifetime?

Peter Johnson met the love of his life when he was nineteen. Three years later, she was gone, leaving him to raise their son alone. Knowing he would never love another woman the way he loved his wife.

Malinda Wilson, however, is fiercely independent and doesn't want a husband. Which is good, because Peter doesn't want another wife.

Christian historical romance The Blacksmith's Heart is the first in a prequel trilogy to the bestselling Escape to the West series. Lose yourself in the romance of the old west with this heart-warming, uplifting novella!

In her mind, Nerys Leigh lives in a fairytale castle with turrets and secret passageways and sentient brooms that do the cleaning for her. In reality, she lives in a small Victorian house (with no original features) and her broom is resolutely inanimate, no matter how much she sings to it. But reality is overrated anyway.

She writes books that are heart-warming, funny, exciting, and above all, wildly romantic, because that’s what she likes to read. And she adores a blissfully happy ending.

She’s British, but she suspects she might be slowly turning into an American while she writes her stories set in the Wild West filled with mail order brides and railroads and cowboys. Sometimes she puts a U into a word, just to see if she still can. She can’t do the accent though.

Nerys can be found lurking at nerysleigh.com, and if you’d like a free book about a handsome blacksmith, sign up for her newsletter at http://eepurl.com/b-Gj2T and she’ll send you one, because she’s nice like that.