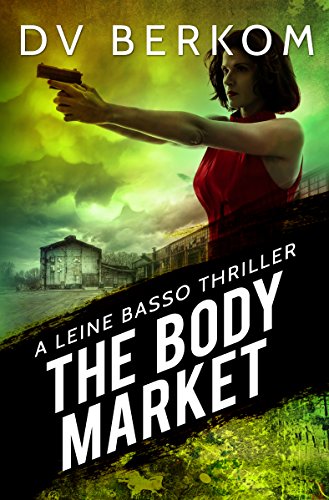 A retired assassin is called in when a celebration south of the border turns into a nightmare.

Former assassinLeine Basso is hired by a wealthy Beverly Hills power couple to find their missing daughter, Elise, last seen partying with her boyfriend at a club in Tijuana. At first, police believe the two teenagers are the victims of a carjacking. But when Leine finds their missing vehicle with a mutilated body inside, and the local cartel warns her away, she knows if Elise isn't already dead, she will be soon, or worse.

In the lethal world of organized crime, there's always a worse.

As Leine races to uncover the reason behind Elise Bennett's disappearance, she must also battle the powerful interests fighting to keep her from the truth.

"Now this, this is what thrillers are made of: grit, spunk, and no-nonsense unputdownability...Quite simply: Brilliant " ~Cath 'n Kindle Book Reviews

"...Ms. Berkom gives us a badass heroine that's fun to root for. Once Leine discovers what is happening, there is no stopping her...an edge of your seat thriller that delivers!" ~Night Owl Reviews

"Without a doubt one of the most engaging, complex and enthralling mysteries that had me totally in its grip..." ~Confessions of a Reader

"Taken fans will be overjoyed with this gritty thriller...following Basso as she works her tradecraft is a pleasure..." ~ BestThrillers.com