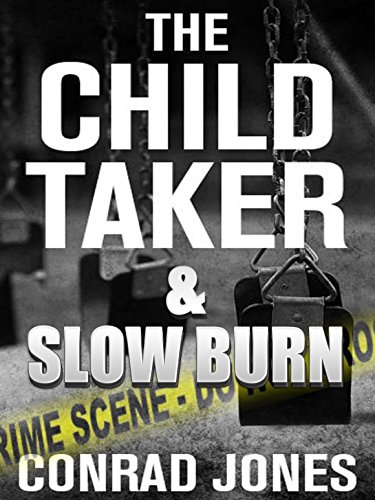 A stand alone novel based on high profile child abductions, which have been followed by millions of concerned parents on the news. 5 year old twins are abducted from a tent in the Lake District and the hunt for a dangerous paedophile ring begins. Police procedure follows the premise that 60% of abducted children are murdered within the first four hours of being taken. The first hour is called "The golden hour" and the longer a child is missing, the less chance there is of them being recovered unharmed. The Child Taker follows the desperate search for the missing twins. Packed with action and twists, this is one of the best thriller novels around. Guardian Reviews
SLOW BURN

The second Detective Alec Ramsay novel. A young girl is bullied and abused at school. Her brother is habitually beaten by the same gang for nothing more than being overweight and a different religion. Later in life when their paths cross again, a terrible revenge ensues.

'Tank' is like Jack Reacher on steroids! Guardian Reviews. Crime thriller writing that will have you chewing your fingers as you read! ; Review