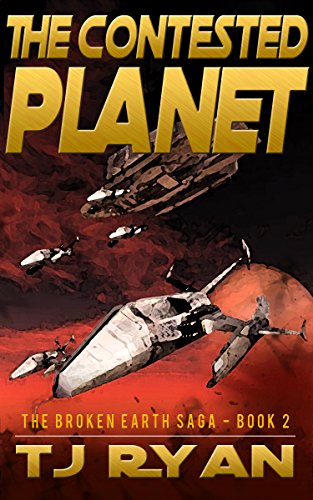 Sometimes life's decisions aren't easy. Save the planet. Or save your own life.
After barely surviving an attack from a rogue AI system and discovering a device capable of destroying the entire planet in a probe her defense pod intercepted under orders of the Academy, Tara Royce is kept under surveillance at Overwatch as she awaits her impending trial. A prison sentence, if you ask her. However, her bigger and deadlier secret rests in her pocket - a tiny piece of evidence that suggests their home planet, a planet that she has been conditioned to believe to be toxic and uninhabitable for the past thousand years, may in fact have life. Tara is surprised when, rather than a trial, she is assigned to a dangerous mission to Earth to retrieve more information about the device she discovered - a mission that will make her and her crew the first humans to revisit the homeplanet since the day of its destruction. Her mission takes a turn for the worse, though, when their only method of returning to Overwatch is destroyed and they become trapped on the toxic planet alone with no resources or hope for survival. To make things worse, Tara and her crew discover that they might not be the only living creatures on the planet, after all.

TJ Ryan is a Canadian author, born on the rainy West Coast (or is that Wet Coast?) of British Columbia. He spent his early years travelling the world, obsessing over new cultures and culinary experiences. Preferring spaceships to airplanes, he has now settled into his little slice of rainforest paradise, escaping reality through Science Fiction.