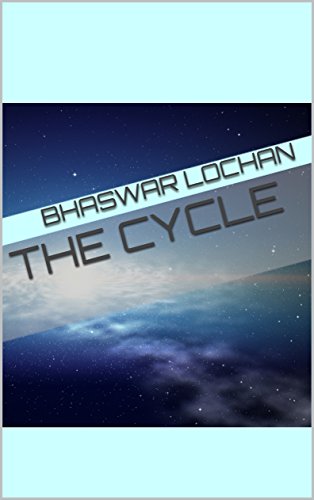 "2082 CE. Earth has developed a lot and moon has been colonised. The search of life in the space has emerged as a mainstream of scientific research. But, yet no signal has come from anywhere which can indicate existence of life beyond Earth. One day this changes. A message comes followed by series of messages changing all the equations on the Earth.
Young brilliant researcher Evina Christina is working to detect signals of intelligent species from space in 2082 CE in her magnificent laboratory situated at side urban of megacity London. One day she gets a message which seems to be pinnacle of her research, a signal from an intelligent society! To her surprise, the message was straightforward instead of complicated coded one. More shocking, all the centres at the Earth pick-up the same message in an ordered fashion and in almost all the languages of the world. The realization of being contacted by an alien society unites the world and decides to contact the sender of messenger. The superior alien society contacts the Earthizens in a very polite tone giving utmost respect and requests them to come along with them evacuating the Earth for ever. The shocked Earthizens initially decide to decline their request, but due to humble repeated pleadings agrees to send a team along with them. Nothing bad happens during journey and the team land safely. Reaching there along with her team members Evina comes to know something about her, her team member and all the dwellers of the Earth, recorded there which was beyond belief & wildest imagination of anybody on the Earth.