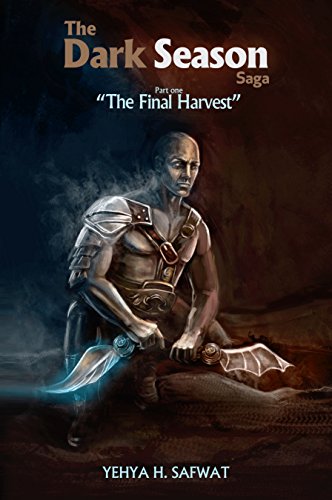 Since the beginning of time, Nimtha, along with the entire race of the Genn, had seen man in his lowest moments and witnessed his days of glory. They came to know his deepest secrets yet they piled them up with ice-cold indifference.
When places are ruins and battles run quiet, the Genn walk in and collect what lies forgotten. In the vaults of the Genn, memories go and die.
At the turn of the tide, when the titanic yet obscured battle of the world of Talor draws to its end and hope is no where to be found, Nimtha sees the slow encroaching darkness that will eat everything. As he continues watching silently from behind the curtains, he notices something... a reason to step into the game.
The Genn has one ultimate rule: Not to interfere in the affairs of men and Nimtha breaks it. But so does the rest of his kin and they will hunt him to the end of the world for what he has done.
Now, at the end of everything, darkness finds its greatest and final enemy: Darkness itself.