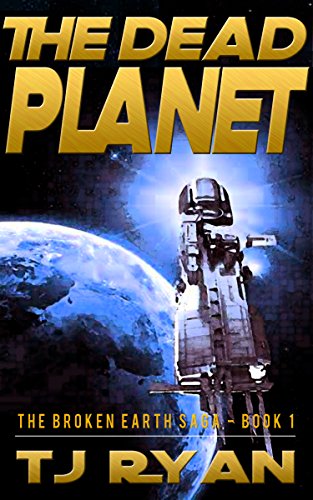 A dead planet. A rogue AI. A secret mission.
Tara Royce's first day as the Academy's newest Earth Defense Engineer was anything but ordinary. If humanity has any hope of returning to the dead planet in the next few thousand years, that is assuming it regenerates at all, they must first protect it from alien attack - and the Defense Engineers are its first and last line of defense. Aliens aren't the only thing the new Engineer needs to look out for, though, and she soon discovers that the stakes are much higher than she ever could have imagined.

The Dead Planet is the introductory Novella to the Broken Earth Saga.

TJ Ryan is a Canadian author, born on the rainy West Coast (or is that Wet Coast?) of British Columbia. He spent his early years travelling the world, obsessing over new cultures and culinary experiences. Preferring spaceships to airplanes, he has now settled into his little slice of rainforest paradise, escaping reality through Science Fiction.