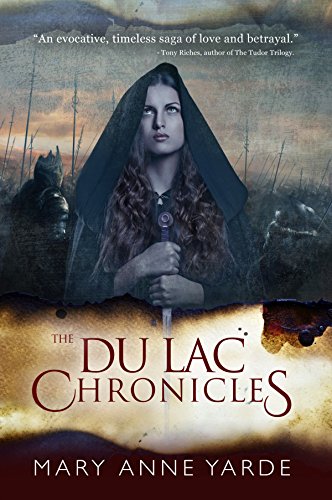 
Eighteen-year-old Alden du Lac ruled the tiny kingdom of Cerniw. Now he half-hangs from a wooden pole, his back lashed into a mass of bloody welts exposed to the cold of a cruel winter night. He's to be executed come daybreak-should he survive that long.


When Alden notices the shadowy figure approaching, he assumes death has come to end his pain. Instead, the daughter of his enemy, Cerdic of Wessex, frees and hides him, her motives unclear.


Annis has loved Alden since his ill-fated marriage to her Saxon cousin-a marriage that ended in blood and guilt-and she would give anything to protect him. Annis's rescue of Alden traps them between a brutal Saxon king and Alden's remaining allies. Meanwhile, unknown forces are carefully manipulating the ruins of Arthur's legacy.

The Du Lac Chronicles has a recommend reading age of 16+