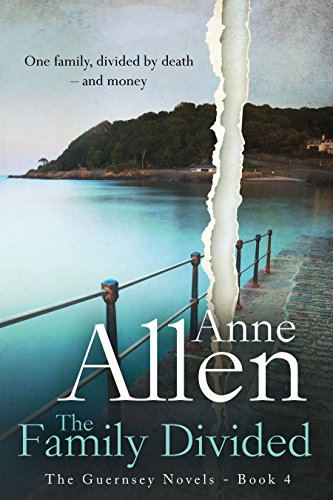 The fourth of The Guernsey Novels, covering both contemporary Guernsey and the time of the Occupation. Likely to appeal to fans of The Guernsey Literary and Potato Peel Pie Society.
One family, divided by death - and money

Andy Batiste, at loggerheads with his degenerate cousin, seeks to discover the truth of his family history. Why was his pregnant grandmother forced to flee to France? What really happened to her husband during the German Occupation, sixty years ago? Who accused Edmund, the elder son and Batiste heir, of being an informer? Was he really a traitor - and who murdered him?

With Edmund's brother Harold now head of the family, enjoying the wealth which ought to have come to Andy's father, the family is forever divided. Andy yearns to clear Edmund's name and restore his father to his rightful inheritance.

Andy is introduced to Charlotte Townsend, newly divorced, lonely and struggling with writer's block and the consuming threat of impending loss. They meet when she returns for healing at Guernsey's natural health centre, La Folie, and Charlotte becomes involved in Andy's family history.

Together they embark on a hunt for the truth…

"Love overcomes and a painful past is revealed in this poignant romance set on Guernsey" Gilli Allen, Author of Fly or Fall