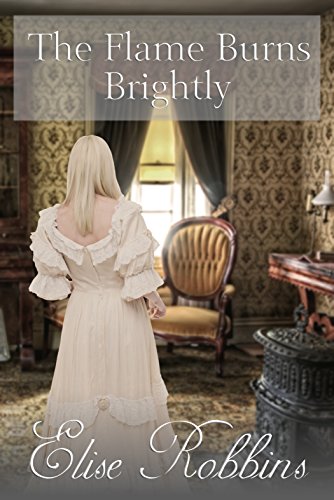 The Flame Burns Brightly (Light In The Darkness Book 2)

The Crimean War fought and won Samuel has now gone to Persia to fight with the army and Joanna is left alone after just three months of marriage. Miserable and frustrated she faces a bleak Christmas. That is, until two small children are orphaned when the baby's mother dies in childbirth. Horace, the five year old, has seen more than he should have in his little life with parents who drank themselves to death and who had abused him. Joanna takes them in. It is a temporary arrangement, she says, and does not realise how it will turn her life totally upside down.
In the meantime Samuel fights a grim war in Persia with little hope of surviving, missing Joanna and in circumstances even worse than the Crimean War. He is desperate to get back home in one piece and particularly when he is suddenly given the responsibility of something he had never envisaged.
This story follows the adventures of Joanna and Samuel who in the first book fell in love in the midst of war. Now their wars are different but just as real.