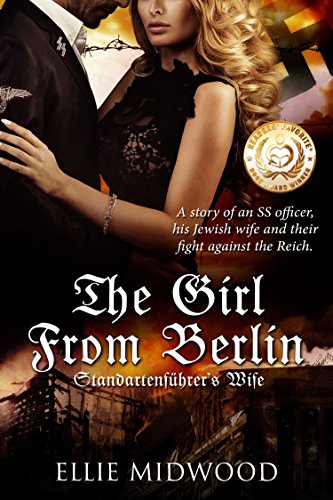 The Girl from Berlin: Standartenführer's Wife

This is a story of Annalise Meissner, a young German Jew with long time ago falsified papers, living a carefree life in pre-war Berlin. A talented ballerina, she comes from a wealthy family and at first doesn't want to concern herself with the changes her country starts undergoing under the new Nazi regime. However, when the oppressions against the Jewish population begin, she realizes that she can't be a silent bystander and swears to help her people in any way possible.
She falls in love and gets married to her father's longtime friend, Standartenführer Heinrich Friedmann, who even though he works for SD - the Reich Secret Service - seems to share her views, and soon Annalise learns why. Her new husband turns out to be a counterintelligence agent working for the US government, and together they start a dangerous game against the sinister Gestapo, trying to save as many lives as they can and not to compromise themselves.
But it's not only the persecuted people Annalise wants to save; she meets the leader of the Austrian SS Gruppenführer Ernst Kaltenbrunner who everyone seems to fear, but for some reason Annalise isn't intimidated by the Chief of the Austrian Gestapo and doesn't believe the rumors about his brutality. Gruppenführer Kaltenbrunner isn't hiding the fact that he would love to get this beautiful girl as his mistress, but Annalise, despite the mutual attraction, stays faithful to her beloved husband. However, the risky game she's playing will soon change everything…

"Ellie Midwood's historical novel, The Girl from Berlin: Standartenführer's Wife, is a fast-paced and utterly enthralling novel that chronicles the years leading up to World War II through the eyes of a young ballerina, Annalise Meissner. This novel is meticulously researched, and Annalise's story is so compelling that I became totally engrossed in her life and experiences. Midwood is a master at blending fact and fiction in such a way that I was often tempted to revisit my history books to see which characters were historical personages and which were not. Her writing is seamless and inspired, and I soon forgot that an author was actually the creative force behind Annalise's words. I was quite pleased to discover that Midwood plans a sequel to this story, Gruppenfuhrer's Mistress. The Girl from Berlin: Standartenführer's Wife is highly recommended." - J.Magnus for Readers' Favorite