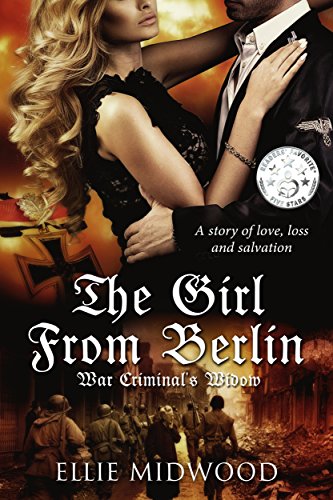 "War Criminal's Widow" is book 3 in the series "The Girl from Berlin." As soon as Annalise, a counterintelligence agent working for the American OSS office, thinks that all the dangers are finally behind, swept away by the protective hand of her high-ranking lover - the Chief of the RSHA Ernst Kaltenbrunner - she has to face an even bigger challenge. With both fronts approaching her quickly collapsing Germany, she has to make a fateful decision: to run from the allied prosecution together with the father of her unborn baby, the man, who the allies consider one of the major war criminals and who they can't wait to bring to justice; or to stay with her husband Heinrich and accept a generous offer from the OSS - a new and free life in the United States…

Ellie Midwood continues her thrilling The Girl From Berlin trilogy with War Criminal's Widow. As the Nazi regime is struggling to prolong its grip in Europe, the story of Annalise, her husband Heinrich, and her lover, Dr. Ernst Kaltenbrunner, the Chief of the Reich Main Security Office, continues. Annalise and Heinrich are German, working as counterintelligence agents for the American OSS office within the enemy organization. The Third Reich, while often viewed as a formidable organization where all members embraced one goal, is portrayed in a different light in this book. The personal misgivings and individual goals of the officers of the Third Reich lend to an understanding that even such a malevolent force is comprised of conflicted individuals, sometimes doubting its own organization's goals. Finally, the war is over, Annalise and Heinrich's last days in their native homeland are harrowing, while an escape is planned by the appreciative American OSS office.

Learning more about the inner workings of the Nazi regime within the triangular relationship of three main characters is certainly an engaging and intriguing process. The Girl From Berlin: War Criminal's Widow by Ellie Midwood is a suspense-filled, page-turning historical novel with many twists and turns. Ms. Midwood is able to develop complex characters and shows that few people are all-good, or all-evil, especially when living in unusual circumstances. However, when the war ends, the consequences of previous actions remain. This is a thought-provoking novel about a very difficult time in the last century. It is not always an easy read, but it will certainly give the reader much to contemplate.

Book one: "The Girl from Berlin: Standartenfuhrer's Wife"