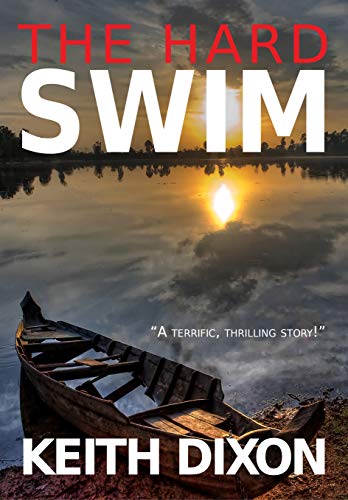 FEBRUARY 1942: The Struma, a broken-down steamer, explodes and sinks in the Black Sea, drowning 768 Rumanian Jews fleeing the Nazis and heading for Palestine, and safety.

JUNE 1944: Thirty-one SAS soldiers are captured behind enemy lines and are forced to dig their own graves before being shot and buried in a forest in the heart of France.

SEVENTY YEARS LATER: A young woman is attacked in the grounds of Edinburgh Zoo - the attacker seeking the document that might link these two wartime events.

Private Investigator Sam Dyke becomes involved in unravelling a mystery that dates back to the Second World War. He rescues a woman who's on the point of being abducted and, for all he knows, murdered. He helps the woman, Chantal Bressette, escape, subsequently learning that she's carrying a document of vital importance to a group of powerful people.

Sam Dyke discovers he's the only one who can stop them.

Based on true events, and with action ranging from Edinburgh through to a quiet village in the centre of France, The Hard Swim pits Sam Dyke against his toughest opponents yet-an experienced team of killers backed by a ruthless MP about to ascend to one of the great roles of State.

What reviewers are saying:

"Sam Dyke is a complex fellow. He is a private investigator in the tradition of Sam Spade and others - a man who is not likely the best of his trade, but who is clever enough and dogged enough to work it out in the end."

"I love the Sam Dyke series. Great twists and turns in all the stories. I recommend this series to any reader that like PI stories with a great twist."

"Sam Dyke is a terrific character who one cannot help but like both for his attributes and his faults."

*****If you like intricately woven plots, in-your-face action and a straightforward, no holds barred hero, you'll need to get this book - and if you haven't read the first two Sam Dyke adventures, you will.

*****An intricately plotted thriller - I liked this enormously. It has a Dick Francis like attention to detail which makes the plot totally convincing.

*****The Hard Swim is deftly plotted and an engaging read, weaving together stories from the Second World War with those set in the present. The plotting is so well done that Dixon keeps the reader guessing. Every detail that is set-up earlier on in the novel has a pay-off later on in the story. Keith Dixon's prose is fluent and assured and he has that knack of making the writing look easy.

*****Great story. Well written and thought out. Sam Dyke always keeps me turning the pages. You have to love this ordinary man who gets into trouble at home and abroad.