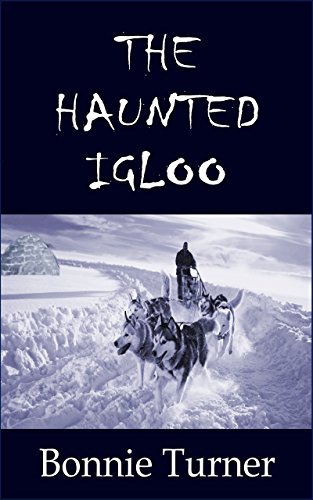 "Boys, dogs, and adventure in the frozen North: classic appeals are served here in a well-told historical novel." -BCCB, 10/91

"Fans of Gary Paulsen's Woodsong will enjoy Turner's fictional portrayal of the challenges of the harsh region." -Kay Weisman, Booklist 11/91

"The empathetic characters provide an exciting and warm-hearted story." -The Horn Book Guide, 12/91

FOR SOMEONE AFRAID OF THE DARK, LIVING IN THE ARCTIC IS A SEVERE TEST OF COURAGE!

Jean-Paul, a young Canadian boy, struggles to hide his fear and adjust to life in the Northwest Territories of Canada, where he is taunted and excluded from activities by a group of Inuit boys due to his small size and a limp caused by a birth defect.

When Jean-Paul finally succeeds in impressing the boys with the tricks he's taught his husky, Sasha, they agree to let him join their club,The Ice Patrol. But as part of the initiation, they force him into a deserted igloo rumored to be haunted, where he must remain for two hours. The forced imprisonment - with no light and only Sasha for company - proves to be just the beginning of the most serious challenges to face Jean-Paul in the harsh Arctic environment, including the pending birth of a sibling. With his father away on business, it's up to Jean-Paul and his husky to take charge.

Set in the 1930s, this novel is an exciting story of ordeal and courage, of friendship and loyalty. Readers will sympathize immediately with young Jean-Paul and will be charmed by Sasha, the beautiful husky puppy that steals everyone's heart.

NOTE: The sequel to this book is also available:SPIRIT LIGHTS - more fun and adventure with Jean-Paul, his Eskimo friend Chinook, and their new friends. Jean-Paul is no longer afraid of the dark ... but Chinook has a fear of his own. Pick up your copy now and discover what this hardy Inuit boy is afraid of. You will be surprised! (Ages 13-18+)