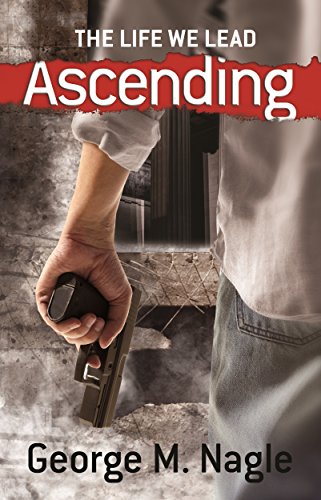 The Life We Lead: Ascending

"Action-packed thriller with plenty of soul and a dash of romance"
Maggie King, author of the Hazel Rose Book Group Mysteries


TheDEA, FBI, and CIA have failed for years to bring down the Spara family, who control the world's largest drug cartel. A secret society of spies whose members are under the age of 25 will try to succeed where the government has failed.

At only21 years old, James is the most skillful member of this society. His new target is the Spara family. Through their relationship with Russia, the Sparas are the largest distributor of heroin in the world. While beginning his investigation in Russia, James inadvertently saves the life of a former KBG officer who has a connection to the Tan family. This connection leads James farther into the heart of the criminal cartel. However, the Tans have adark secret of their own, which could jeopardize James's perfect record and his tenure as a spy as he struggles to do what is right while protecting his family, friends and the love of his life.

The Life We Lead: Ascending is the first in a series about the life of a talented young man trying to do what is right in bringing down the world's largest drug cartel from the shadows while attempting to have a sense of a normal life. Even as his life seems to be ascending to great heights can he truly deal with the stress of it all?

George is the 3rd of 6 children and grew up in western Pennsylvania. He earned his BS in Biology from the University of Pittsburgh, his MSc in Biology and his MBA in Marketing and Management from Duquesne University. He is also a Master 5th degree black belt in the art of Taekwondo with Young Brothers in Pittsburgh. He currently in a global marketing and strategy professional in science industries. He also has one son, Matthew.