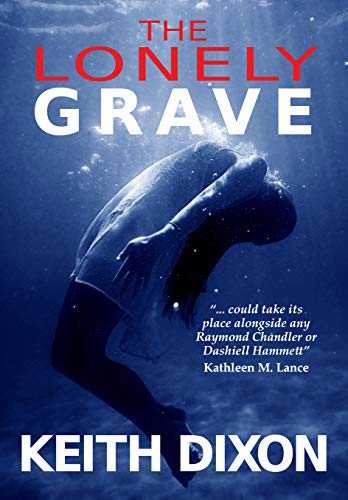 Student Alistair Minton is missing, and his parents want Sam Dyke to find him. He does … and then learns the reason Alistair disappeared. It harks back to an event that his parents, Carol and Giles, have been hiding both from others and from themselves since Alistair was a child. As he delves deeper, Dyke uncovers two murders separated by fifteen years. And he learns they're connected by people with a moral blindness and a willingness to act as if ends always justify the means.

Racing to solve the case before his client participates in an important election, the question Dyke must face is how he can preserve his own integrity and still bring the murderer to justice.

Written in the tradition of Raymond Chandler and Ross Macdonald,The Lonely Grave examines how damaged families can extend the hurt and shame experienced by one generation into the next, with results that are damaging to all.

"Dixon's somewhat surly, often cocksure crime fighter, Dyke, is a marvelous creation. His investigative skills rival that of any intellectual British parlor sleuth, while his tendency to get in the face of dangerous characters shows he is no stranger to backroom brawls. Throw in a few sarcastic zingers to add humor to some otherwise very tense moments-and you have the essence of Dixon's anti-hero. There's no word out of place in this practiced writer's prose; he knows how to pressurize a plot to the point of near explosion, then reins it all in and sweeps up the loose ends. Highly recommended."
Extract from Chanticleer Review ofThe Innocent Dead.