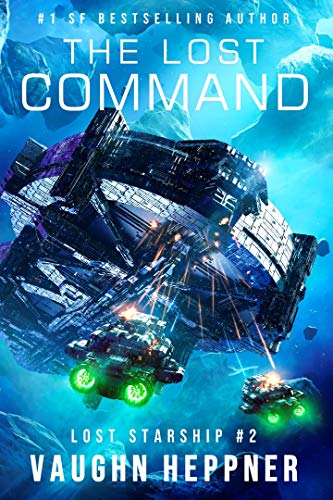 Starship Victory-a faithful alien spacecraft guarding its shattered system for ten thousand years-agreed to come to Earth. Now, Captain Maddox and his crew have a new assignment. They must find Professor Ludendorff before the New Men do. The New Men need Ludendorff's help so they can capture the alien starship. Maddox needs the neglected super-weapons repaired so he can rescue a Star Watch fleet trapped deep in enemy territory.

But time is running out for the stranded, battered fleet. They're low on food, fuel and missiles. Worse for Maddox, Meta is missing, kidnapped by the enemy, while the alien personality in the AI struggles to adjust to this new era. Can Maddox pull everyone together or will the brilliant New Men win yet another stunning victory?

THE LOST COMMAND is the second book in the LOST STARSHIP SERIES.