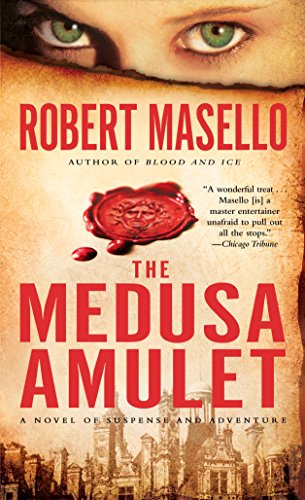 The Medusa Amulet: A Novel of Suspense and Adventure

Benvenuto Cellini, master artisan of Renaissance Italy, once crafted a beautiful amulet prized for its unimaginable power-and untold menace. Now the quest to recover this legendary artifact depends upon one man: David Franco, a brilliant but skeptical young scholar at Chicago's world-renowned Newberry Library. What begins as a simple investigation spirals into a tale of dangerous intrigue, as Franco races from the châteaux of France to the palazzos of Rome in a desperate search for the ultimate treasure-and an answer to a riddle that has puzzled mankind since the beginning of time. Aided by a beautiful young Florentine harboring dark secrets, pursued by deadly assassins, and battling demons of his own, Franco must ultimately confront an evil greater than anything conjured in his worst nightmares.