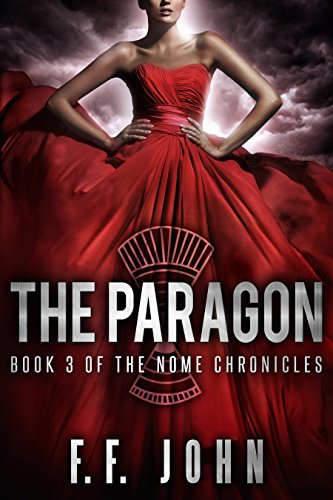 The Paragon: Book 3 of The Nome Chronicles

When love turns to hate, is there a way back?

Since her father's death and the subsequent betrayal, Neith trusts no one. She has learned to be ruthless and will do whatever it takes to defeat anyone in her way. Having once loved Invier only adds to her determination to crush him.

Invier can't believe the girl he sacrificed so much for wants him dead, and he's desperate to convince Neith he's not her enemy. But her threat is not his only concern, nor is she the only one he needs to save. In the end, finding a solution might require him to resort to the very tool he hates-violence-and, he may need to kill the one he loves.

Invier and Neith's struggles will bring them head to head in a final and deadly showdown as The Nome Chronicles come to a thrilling conclusion in THE PARAGON.

F. F. John was an incredibly inquisitive child who was encouraged to find answers in books. When she’d read everything her home had to offer and there was no more space in the house to accommodate additional books, her mother told her to write her own stories. So, she did.

Today, she continues to create worlds of characters that have a lot to say about everything. And she lets them do just that. They tend to give answers to the riddles she’s yet to solve.

She is the author of The Nome Chronicles, a young adult dystopian series, and LegionBorn, an urban fantasy series.