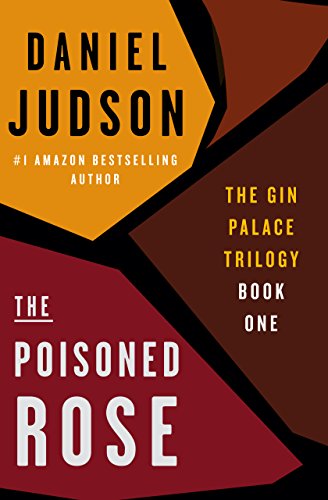 An Amazon bestseller with over a quarter million reads!

To a corrupt chief of police intent on maintaining his power at all costs, part-time PI Declan "Mac" MacManus is a problem that must finally be addressed. Cursed with an unwavering sense of right and wrong, and a fierce loyalty to his few friends, Mac has become known as someone the working class of Southampton can turn to in times of desperate need. On a rain-swept night in October, Mac witnesses a brutal homicide, but he has learned that nothing on the East End is ever what it seems. Determined to hunt down an elusive hired killer before he can strike again, Mac is reunited with what is left of a prominent family he once knew well. But something more-something darker than Mac could have possibly foreseen-is at play here, and as a long-hidden secret threatens to emerge, Mac once again becomes the only hope for justice in a town that all too clearly belongs to the rich and powerful.

The Poisoned Rose was a stunning and wondrous debut, and The Bone Orchard only confirmed Daniel Judson's artistry and unique style, but those two dark gems do not prepare the reader for the huge leap forward that is The Gin Palace. The final outing of Declan "Mac" MacManus, one of our most compelling PIs, shows an author at the very height of his dizzying power. Fresh, vibrant, startling, and beautifully rendered, Judson's The Gin Palace Trilogy breathes a whole new energy into the genre. -- Ken Bruen, Author of Headstone

"Daniel Judson is so much more than a crime-fiction novelist. He's a tattooed poet, a mad philosopher of the Apocalypse fascinated with exploring the darkest places in people's souls."
--Chicago Tribune