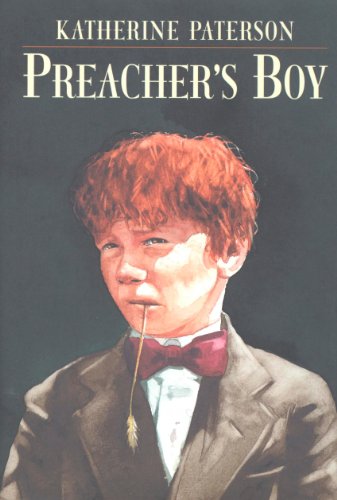 It's 1899 in a small town in Vermont, and the turn of the century is coming fast. According to certain members of the church where Robbie's father is the preacher, the end of the century might even mean the end of the world. But Robbie has more pressing worries. He's sure his father loves his simple-minded brother, Elliot, better than him, and he can no longer endure the tiresome restrictions of Christianity. He decides to leave the fold and become an "apeist" and, just in case the church whisperers are right, resolves to live life to the fullest. His high-spirited and often hot-headed behavior does nothing to improve his father's opinion of him, nor does it improve the congregation's flagging opinion of his father. Not until the consequences of his actions hurt others does Robbie put a stop to the snowballing chain of events he has set off and begin to realize his father might love him despite his wayward tendencies.

Katherine Paterson is the recipient of the 2013 Laura Ingalls Wilder Award.

Katherine Paterson has twice won both the Newbery Medal and the National Book Award. She received the 1998 Hans Christian Andersen Medal as well as the 2006 Astrid Lindgren Memorial Award for the body of her work. An active promoter of reading and literacy, she lives with her husband, John, in Barre, Vermont. They have four children and seven grandchildren. Visit Katherine Paterson on her web site at www.terabithia.com